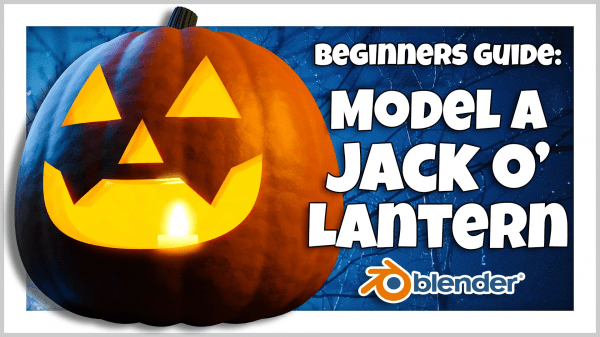 Release year : 2022
Manufacturer’s site : Skillshare
Author : Harry Jones
Duration : 2 hours 54 minutes
Handout type : Video tutorial
Language : English
Sample files : none
Video format : TS
Video : MPEG4 Video (H264) 1600×900 30fps
Audio : AAC 48000Hz stereo 226kbps
Описание : In this course, I’ll walk you through the simple and beginner friendly process of creating a Jack-o’-lantern in Blender.
Jack-o’-lanterns are a classic symbol of Halloween, and are actually pretty easy to make in Blender! They’re also a model that can be easily customized to your liking!
We’ll be going through the entire process of creating this Jack-o’-lantern from a beginner’s perspective to avoid as much confusion as possible. That means I won’t be skipping any steps or going too fast for you to keep up with me.
We’re using Blender for this tutorial, which is an amazing and totally free 3d software. The only barrier to entry is having a computer to run the software on.
In this class you can expect to learn:
• Blender Interface and Tools: We’ll learn about many basic tools and interface elements within Blender while creating our Jack-o’-lantern.
• Modeling: To create our Jack-o’-lantern from scratch, we’ll use basic modeling tools and modifiers such as Boolean and Solidify.
• Lighting: We’ll set up a spooky lighting scheme including volumetric lighting.
• Shading: Which can give objects the appearance of pumpkin, candle wax and flames.
• Rendering: Lastly, we’ll render our final image in Blender so you can share it with your friends and family on social media.
When we’re done you’ll have all the skills you need to create a Jack-o’-lantern of your very own!
For our Class Project, you’ll be doing just that! I’d like you to create a new Jack-o’-lantern with a unique face or design and share it with the class!
I’ll personally review every project uploaded to the gallery and give you feedback on what you’ve done fantastic, as well as anything that could use some adjustment.
I hope you’ll join me on this fun beginner’s journey through Blender by making your very own 3D Jack-o’-lantern!