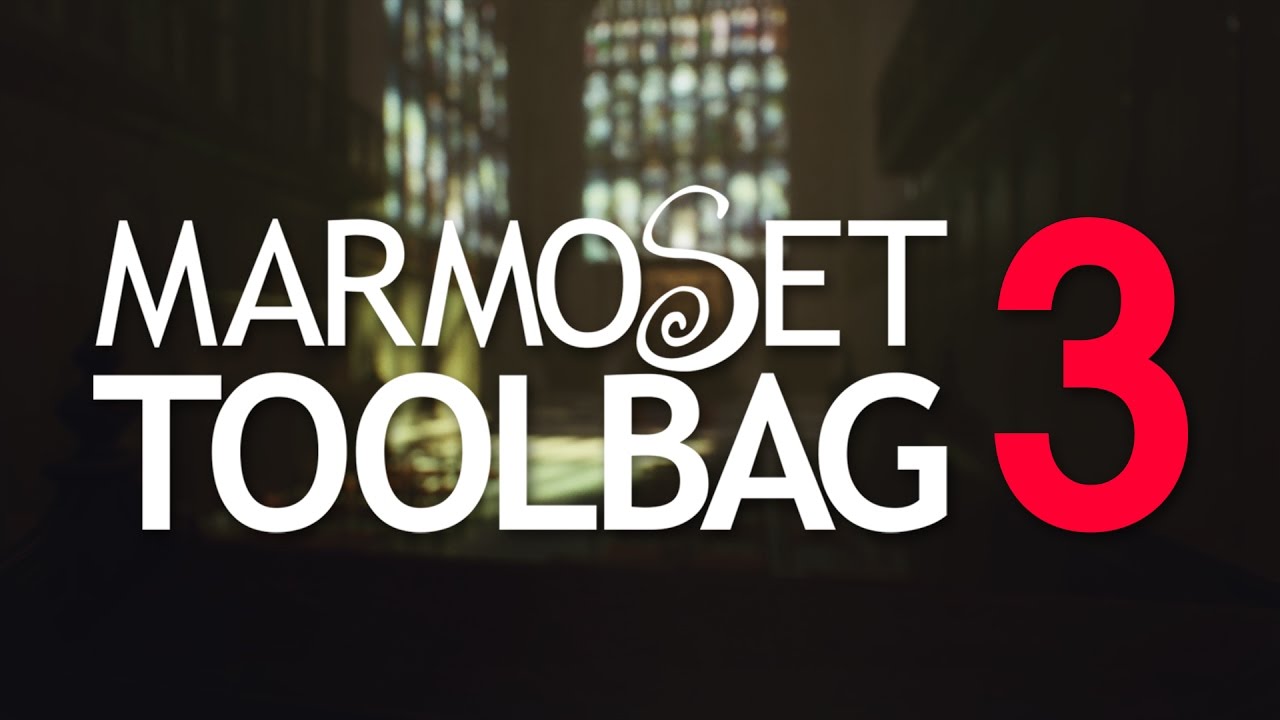 As you might have seen already, Marmoset Toolbag 3.0 is already being used by some artists, who were fortunate to get their hands on the beta of the software. We’ve talked with Joe Wilson about the newest features of this package and how artists could benefit from these additions. 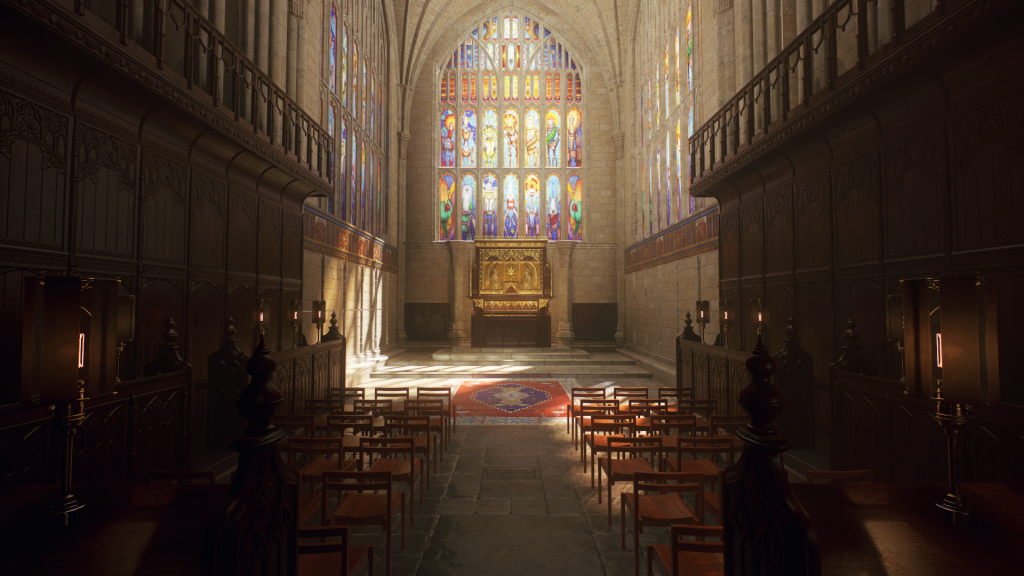 Could you talk a little a little bit about Marmoset?

The history of Marmoset dates back to 8monkey Labs, which was a development studio focused on creating an epic time-traveling first person shooter called Darkest of Days. Somewhere along the line, we realized that we were better at making tools than games, and released the first version of Marmoset Toolbag. The initial release was little more than a model viewer we created to preview in-development art assets for DoD, however, we started to see a lot of interest from art communities like Polycount. With feedback from our excellent users we base began serious development of Toolbag as a standalone product.

Some time later, 8monkey Labs was disbanded, and a new company, Marmoset, was formed to focus solely on development tools such as Marmoset Toolbag. Around this time, a major change was taking place as well. The codebase for Toolbag was re-written from scratch to modernize the renderer, redesign the interface, and build a solid foundation for future development. We knew that if we really wanted to capitalize on the success of the first version, we had to improve image quality, and really focus on usability to ensure that Toolbag would be a critical part of the game artist’s toolkit.

In the last year or so we’ve been focusing on the third major revision of Toolbag (improvements to image quality, overall usability) and expanding functionality to enhance the experience for our current users, and really reach out to new users with tools and features that we feel are very compelling. The additions we’ve really been focusing on are: animation support, real-time global illumination, and baking. We’ve also been hard at work in many other areas as well, such as making it easier to work with game engines like Unreal and Unity, a brand new skin shader, direct upload to ArtStation, a refreshed user interface, and much more. 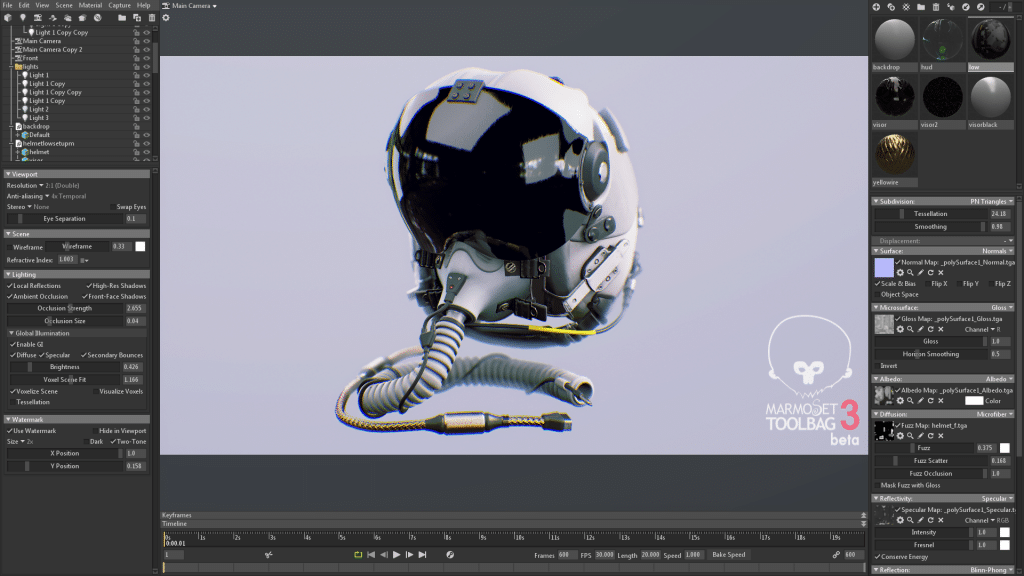 Let’s talk about the current state of Marmoset Toolbag?

Toolbag 3’s raison d’être is speed, focusing on an efficient workflow that gives you an accurate, real-time preview at every step of the process  to create scenes, while also producing high-quality final renders in record time. In essence, we’re trying to bridge the gap between game engines and offline renderers, making it fast and easy to produce excellent images.

Our users are rather diverse; while our main demographic consists of game artists, we’ve spoken with many others who use Toolbag for pre-visualization work for film, advertising, production visualization and more. 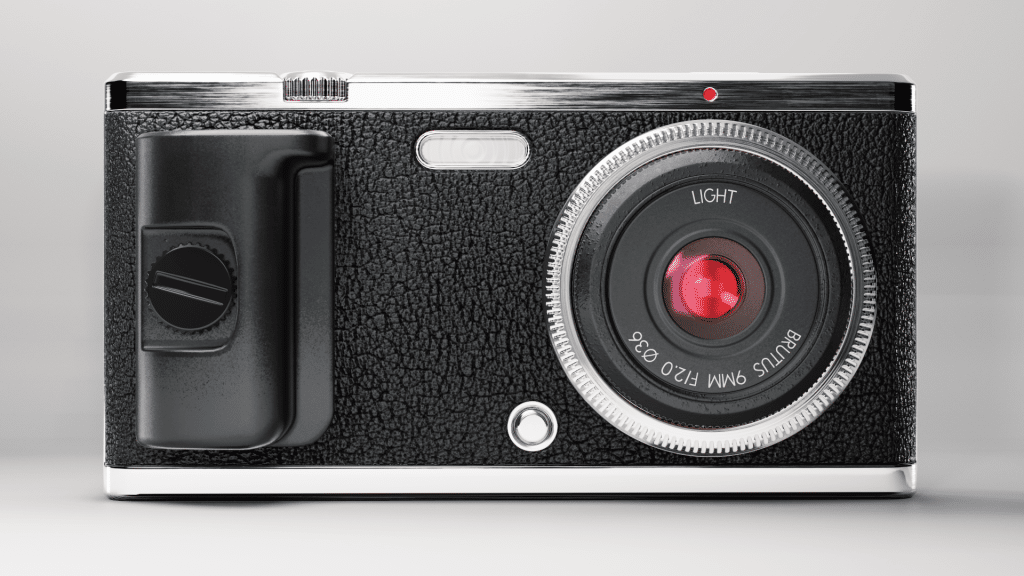 What animation tools do we get with Marmoset Toolbag 3?

The new animation system is one of the most complex and exciting features in Toolbag 3. Animation content can be imported via FBX and Alembic formats, enabling user to import animations from essentially any 3D application. 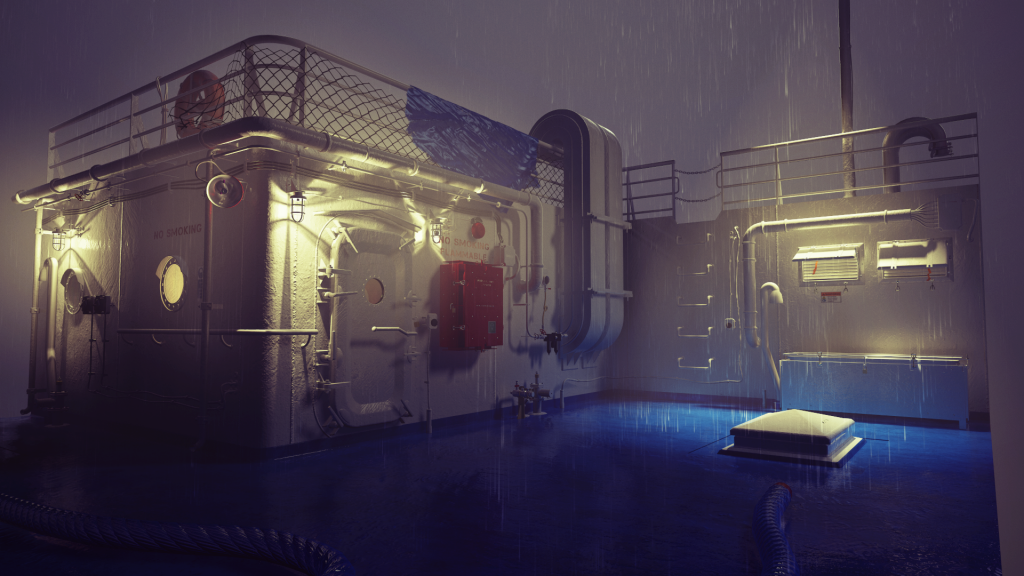 With FBX, we support rigged animations, blends shapes, and pretty much everything that the FBX format allows. Alembic is a cached geometry format, which opens up some very interesting possibilities, as the animated vertex data is saved to the file for each frame. What this means is that very complex rigs, or effects such as physics simulations can be imported into Toolbag via the Alembic format. 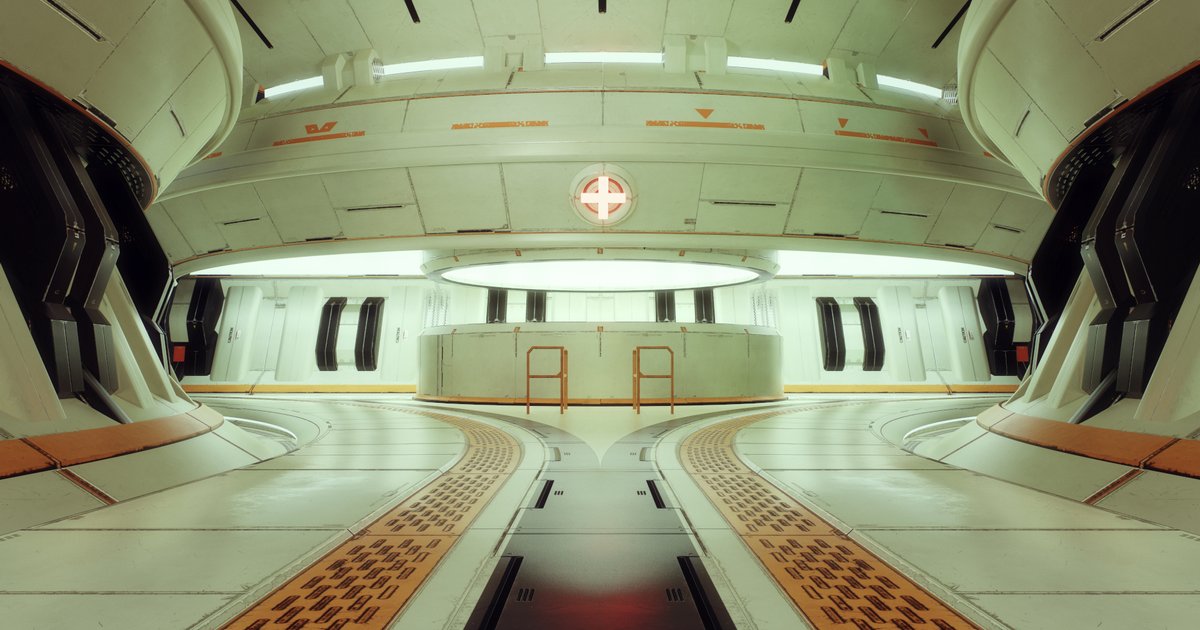 In addition to imported animated content, we’ve also added a new timeline interface and a keyframe editor, which enables users to create and edit animations directly inside Toolbag 3. Currently, we support bespoke animation creation for objects, cameras (including post effects), and lights. It’s very easy to set up complex animations, for instance panning or flying through an environment, moving a character across a scene, creating lighting effects, and much more. 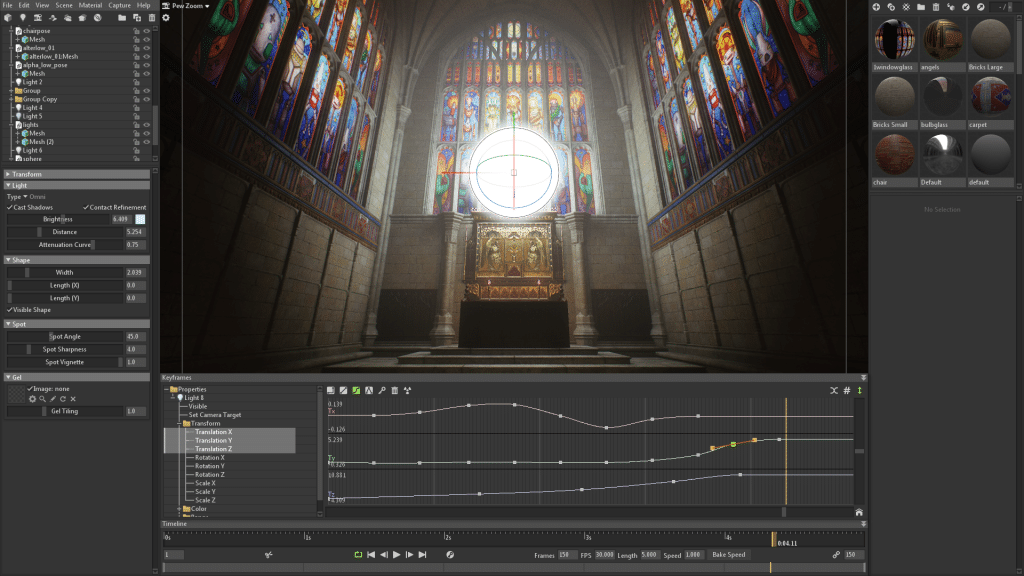 Have you done any changes in the scene support with the newest version?

When it comes to more complex scenes, real-time global illumination is a huge benefit. GI provides large scale occlusion, bounced diffused lighting (aka color bleed), and much more accurate specular reflections, all of which really help to sell environments. 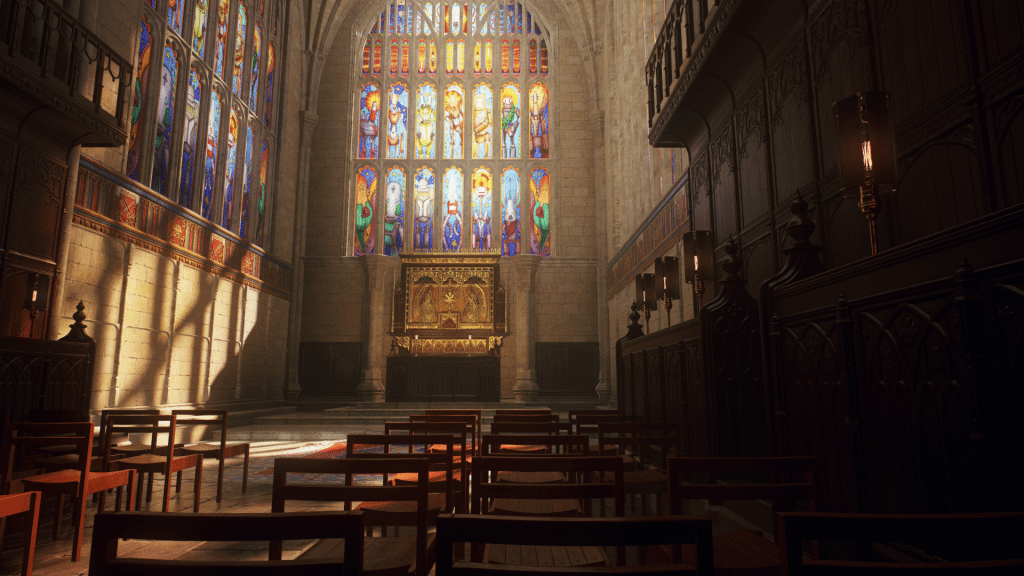 Environment art is not the only area where GI shines through, GI works on a smaller scale as well. For instance, emissive surfaces act as light sources, so if you have a character with a torch, glowy bits, or even abstract objects with emissive materials, those elements will illuminate your scene, which opens up a lot of interesting possibilities. 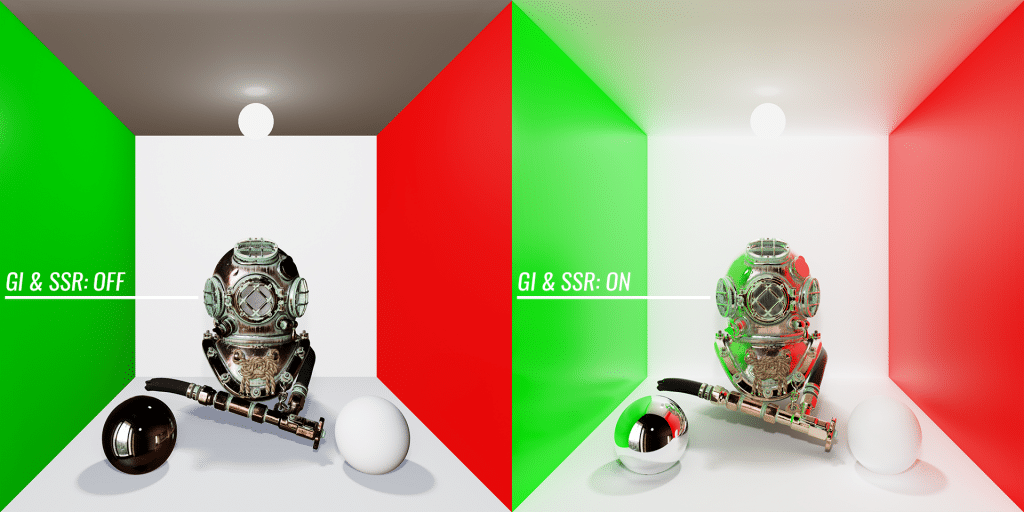 While the process of setting up scenes in Toolbag 3 will feel very familiar to current users, we’ve been working a bunch of ways to further integrate Toolbag into various pipelines.

You can now export Unity Packages to make importing your models and materials a breeze. Not only that, but you can export a tidy package of your scene and textures to send off to clients, as well as export meshes in common formats like FBX and OBJ.

We’ve developed an Unreal Engine plugin as well, that reads our .tbscene format and imports your models, and similar to the Unity Package exporter, automatically sets up materials as well. This plugin will be available on the Unreal Engine Marketplace. 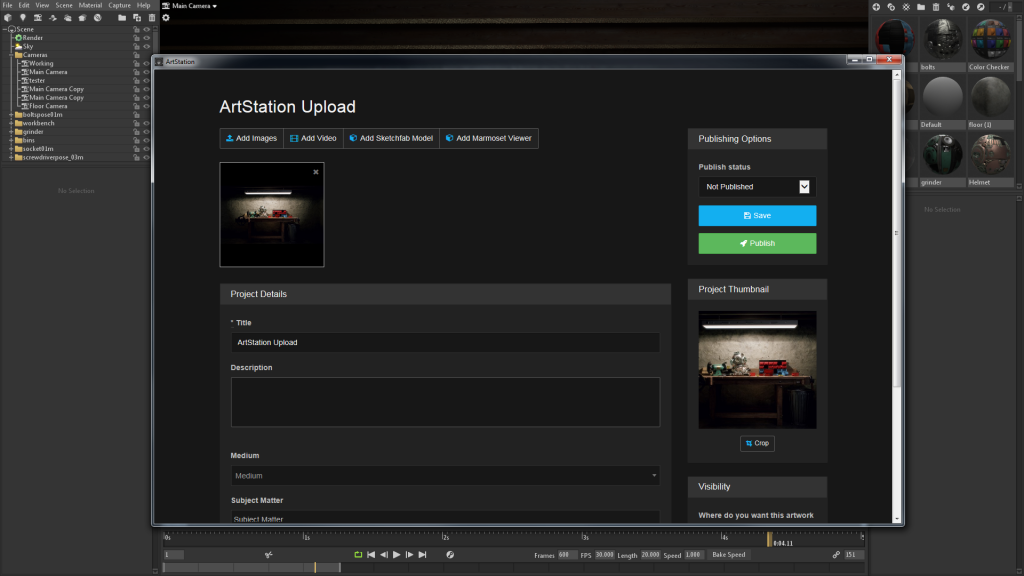 How do you work with materials in Toolbag 3?

The baker might be my favorite of the new additions to Toolbag 3. When we started working on texture baking in Toolbag, rather than simply following the trends of other bakers on the market, we really wanted to design a tool from the ground up that would be intuitive to use. I think this has led to some genuinely novel and innovative features. 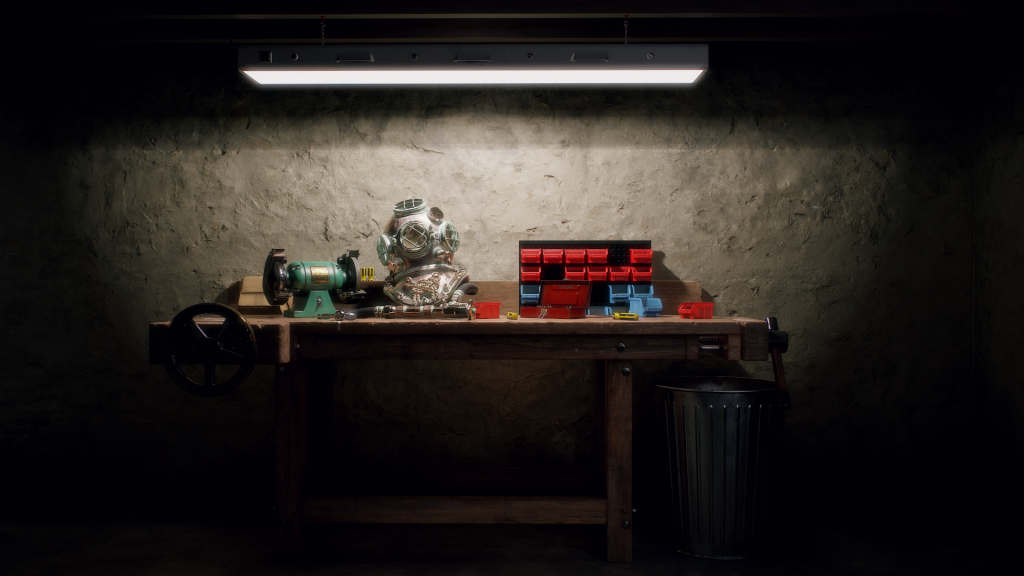 One of the main benefits of baking maps in Toolbag 3 is how the process can be approached in a holistic manner. For instance, when I create assets, I use Toolbag to preview my high poly as I block it out, including setting up material values to mimic various surfaces. Once my high poly is finalized, and I’m happy with my base materials, I’ll import my low poly and do a quick test bake. Toolbag 3 provides instant feedback when you change settings, so any issues are both easy to spot and correct. When I’m happy with my bake settings, I can output a myriad of maps such as tangent and object space normal maps, ambient occlusion, curvature, height, and material properties such as albedo, gloss, and specular. What’s more, we’ve included the ability to export a layered PSD file, which includes all your outputs, with base values and layer masks automatically set up for the material property maps. From initial high poly blockout/look-dev, to texturing the final asset, our baker ensures that Toolbag is an essential part of my workflow.

That covers the basic process, however, there are some very cool things we’re doing on the technical side too. We have bake groups where you can isolate high and low poly pairs to avoid intersection errors, which makes the old method of exploding your high and low objects obsolete, plus a tool to load and organize your meshes into bake groups by naming conventions. We have visual tools for setting up your cage distance, and also a 3D painting tool that allows you to expand and shrink your cage in much the same way you would in a sculpting app. We also have a new tool that is completely unique to our software, which enables you to paint on your model to correct skewed detail.

When will you release the final build?