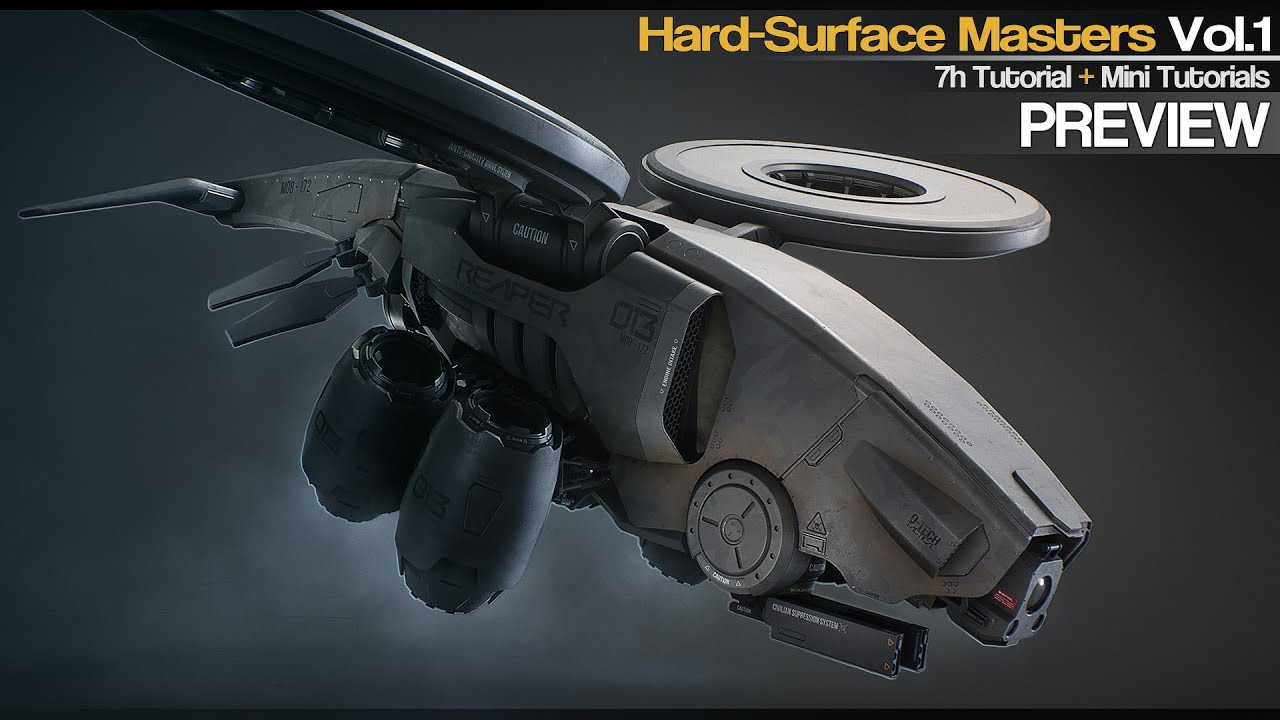 Release year : 2021
Manufacturer : ArtStation
Manufacturer’s website : https://www.artstation.com/marketplace/p/Lp5L7/hard-surface-masters-vol-1
Author : Mathew O’Halloran
Duration : 07:19:49
Handout type : Video tutorial
Language : English
Описание : In this tutorial Mathew O’Halloran takes you through his process of creating a real time military drone from start to finish, the main tutorial is about 7 hours long and a couple technique specific mini tutorials are also included. In the tutorial software such as Modo and Unreal engine 4 is used but please feel free to follow along using your preferred tools, as most techniques usually transfers well to other software.
Mathew Currently works as a lead environment artist at Epic games as a part of the Quixel team. In the past he has worked on game series such as The Division and FarCry.