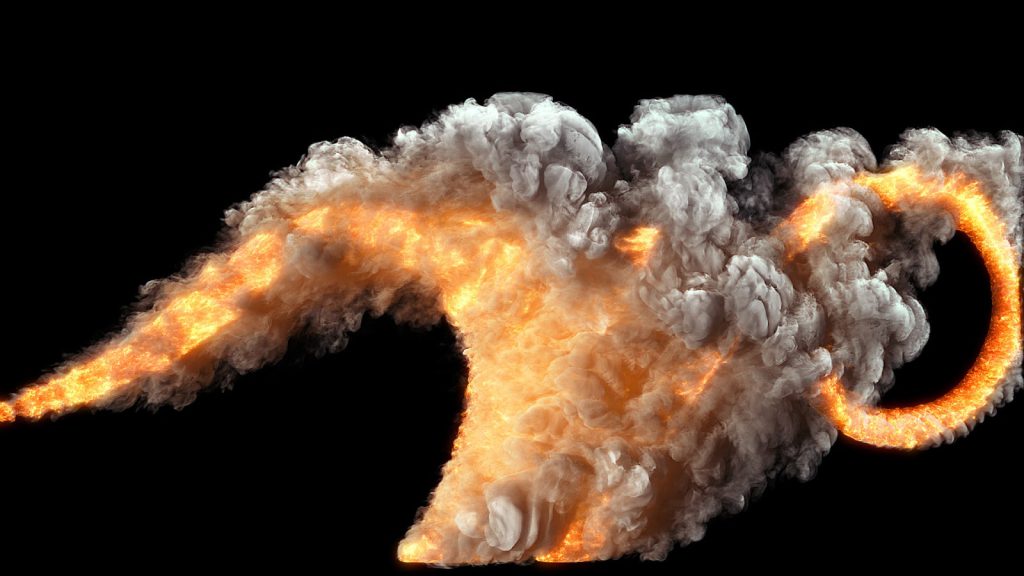 FumeFX is a fluid dynamics engine designed for simulation and rendering of realistic fire, smoke, explosion and other gaseous phenomena. It’s versatility, robustness and intuitive workflow makes it a perfect solution for the most demanding tasks in the computer graphics industry. The core engine allows user to interfere with simulation computation at the lowest level.

FumeFX 4.0 offers many new features that help simulations to run faster and with more detail.

The new FumeFX 4.0 QCG solver is up to twice as fast than the CG solver found in FumeFX 3.0. Along with other simulation optimizations, FumeFX 4.0 can complete simulation faster than any previous versions of FumeFX.  New vorticity type has additional control over vortices which helps user to fine tune the final result. The highly optimized Spline Follow force field allows various special effects that were impossible before.

Effectors are the most valuable and the most powerful feature of this release. With just a few mouse clicks, artists can tweak the laws of physics or alter any simulated field based on built-in rules. For example, Effectors can drive setups where vorticity is controlled by velocity, gravity is controlled by smoke color and fire is created in voxels where velocity is above a user-defined threshold. All of this can be further refined by powerful test conditions or even confined to the Effector’s gizmo.

RenderWarps are another great tool that will find application on many VFX shots. This feature allows users to apply space warps such as FFD, Bend, Taper and Noise to precomputed FumeFX caches. As RenderWarps are a post-process, re-simulation is not needed.

N-Sim enables artists to connect several grids together and execute their simulations simultaneously as one big simulation. This approach can be invaluable for increasing the level of detail in scene setups such as a rocket launching.

The GPU accelerated Preview Window is another time-saver, providing instant feedback for adjusting rendering parameters. Self-shadows are computed extremely fast and the user can orbit the camera around FumeFX with self-shadows in real-time(1). FumeFX also supports preview with geometry included in simulation.